In 1920, the Titanic had rested on the bottom of the ocean for eight years, the Lusitania for four, and the Great War had been over for two. The “cottage colony” of Palm Beach moved away from the hotels of Henry Flagler and Sydney Maddock to build their own homes, designed by such luminary architects as Marion Sims Wyeth, who would eventually design the Palm Beach Private School; however, the link between Palm Beach and the school has deep roots.

This intramural game was the season-ending activity for the Palm Beach School for Boys and the Palm Beach School for Girls. This competition was indicative of a time of increased focus on exercise and athletic competition, which came with the out-of-door lifestyle in Palm Beach; however, it was not the focus for the school, led by elite educators, or the parents, who were the wealthiest, most socially prominent, and politically involved families in the United States.

The students focused on language arts, history, science, arithmetic, languages, such as French and Latin, and international studies. They enjoyed tutors, two-hour lunches for “ocean bathing,” boxing matches at the Oasis Club, and summers spent at school in Switzerland. But above all, students were expected to take their place in positions of responsibility in business, government, journalism, diplomacy, and philanthropy. To that end, the school taught the idea that “the children are schooled, in addition to their regular studies, in co-operation, courtesy, ethics, loyalty to school, punctuality and orderliness.”

The end of the decade of the 1920s and the beginning of the 1930s was plagued by banking crises, a real estate bust, and natural disasters; however, the residents of Palm Beach focused on economic relief, cultural philanthropic endeavors, municipal improvements, and education.

A small group of prominent men and women, whose children had attended the Palm Beach School for Boys and the Palm Beach School for Girls, decided to merge the two schools into a coed school from Kindergarten through high school – the Palm Beach Private School – capitalized by 180 shares of stock, valued at $100.00 per share. Today, the names of the original investors are listed on a bronze plaque that hangs in PBDA’s Seaview Avenue Atrium. The list contains heirs to cereal, gold, automobile, and pharmaceutical fortunes, as well as Florida pioneers, industrialists from the Midwest, lawyers and stockbrokers from New York and Chicago, those who had family that passed away on the Titanic and the Lusitania, as well as the last owner of the Hope Diamond. In one of the first Board meeting’s minutes, the group established the ongoing goal of the school:

In 1931, the Board authorized the purchase of a 425 square foot parcel at sixty dollars per square foot on Seaview Avenue, and hired Marion Sims Wyeth to design the school. In addition to becoming a parent at the school, Sims Wyeth was notable for being the original architect of Mar-a-Lago, redesigned the library of the Society of the Four Arts, and designed the Norton Gallery of Art. The Board was also in the process of defining a purpose, curriculum, and a system of governance in addition to continuing the traditions of the past.

The Makings of Pelicans vs. Flamingos

One of these traditions was athletics. There was a two-hour lunch to provide access to “ocean bathing” and the school also had playgrounds equipped for baseball, soccer, basketball, volleyball, and even boxing.  Students played other schools and club teams, but “for the purpose intramural competition, the school is divided into two clubs. At the end of the session, a trophy is awarded to the club winning the most points in baseball, soccer, and track events.”  Those two clubs, which began as the Sharks and the Barracudas in Miss Gates’ school, became the Pelicans and the Flamingos.

In 1939, the school was reincorporated to provide for a parent association open to eligibility after three years of student attendance. This association would subsequently elect the Board who would direct school affairs. The first undertaking of this board was to create a seal with the Latin phrase “Scientia et Sanitas,” still the current logo. The second undertaking was to begin the process of buying back the stock from the original, so that the association would own the plant, land, buildings and equipment that it had been leasing from Palm Beach Private, Inc. These changes came only two months after the beginning of WWII in Europe, which was to have a profound effect on Palm Beach and the world. 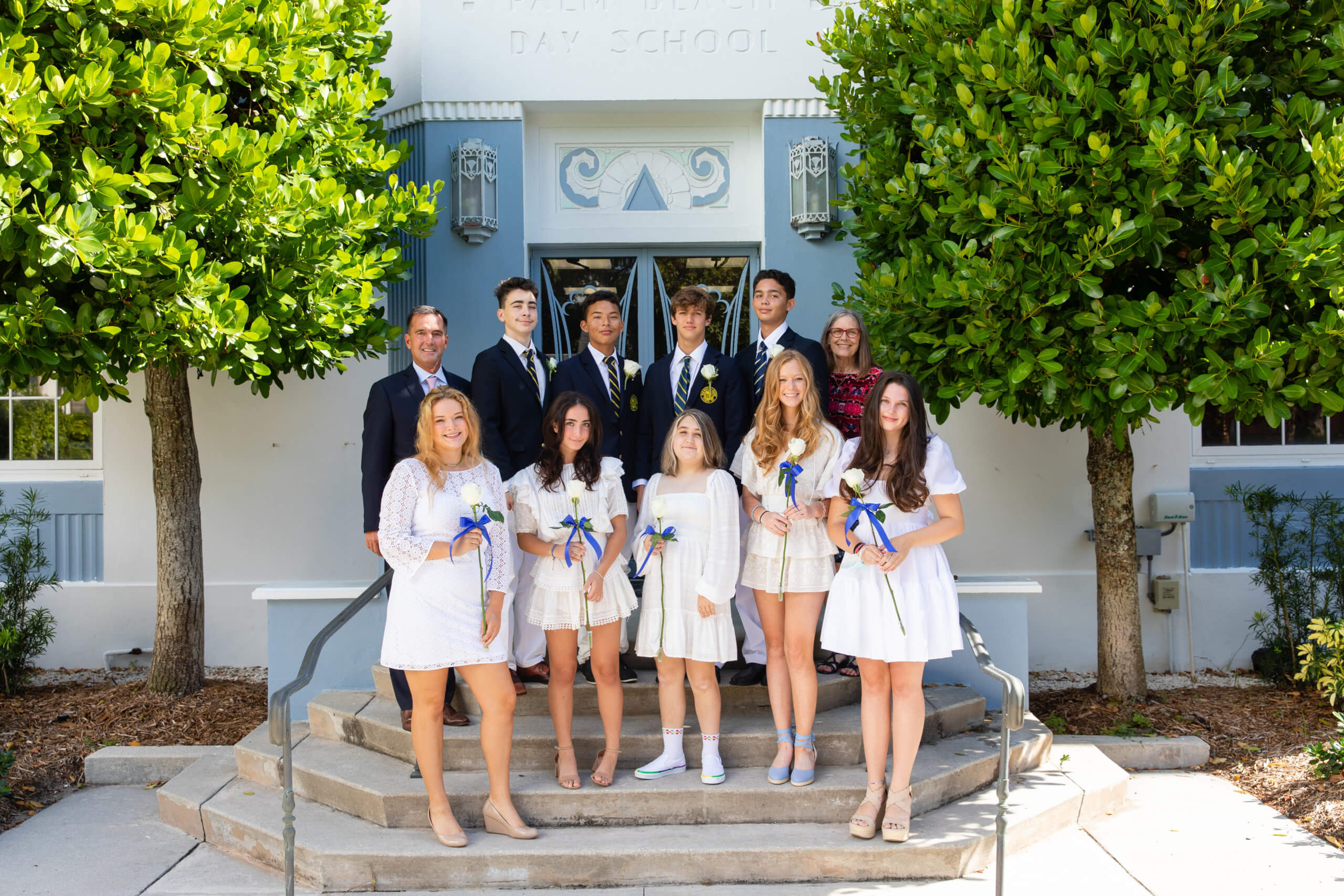